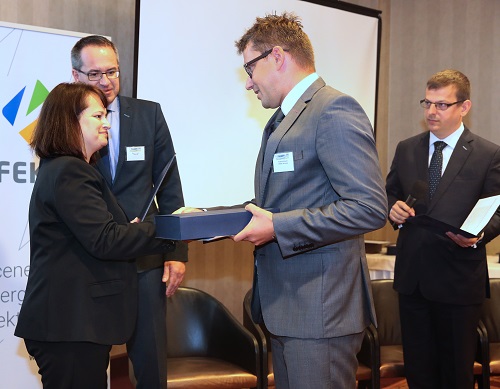 In 2015 ENGIE successfully realized modernization project in Malacky, using Energy Performance contracting (EPC) model. The guaranteed energy savings of 28% have been achieved as planned and even exceeded. In June 2017 Malacky won the EFEKTIA prize for the best energy efficiency project in the category of public buildings.

In 2014 ENGIE Services signed a contract with the town of Malacky to implement its contest-winning project to renovate and modernise 3 buildings owned by the town – a cinema, a social services centre and a sports hall.

The main goal of the project, using EPC model, was to design and implement measures to reduce the energy requirements of buildings in the town and their heating infrastructure. The modernization project was financed from contractor provided and guaranteed energy
savings.

ENGIE Services proposed a solutions by identifying potential savings based on inspections and engineering surveys of the buildings. The energy services department estimated potential savings of EUR 38,000 per year. After preparation of an economic model for financing, documentation was drawn up for the renovation of the relevant buildings and equipment. The implementation plan for modernisation also included the installation of systems for monitoring energy consumption. These systems enabled energy services staff to monitor and evaluate energy consumption in order to achieve the planned guaranteed savings. “This is the first energy management project that ENGIE Services has implemented. Thanks to our measurements of consumption, we were able to prepare   recommendations to the town and to building administrators to ensure that the guaranteed savings would be achieved. Amicable cooperation and open communication with the town enabled us to ultimately succeed in achieving the savings,” says Daniel Curka, The Director of The Energy services department.

ENGIE Services carried out the modernisation and renovation of buildings and equipment for the town in autumn 2014. Start of buildings operation began in January 2015. In the contract, ENGIE Services undertook to implement a system of operation that would guarantee energy savings, which it did by conducting daily, weekly and monthly monitoring of energy consumption and coordinating the operation of equipment based on its findings (for example, settings of temperatures and other marginal conditions).

The savings for 2015 and 2016 were calculated using the year 2012 as a baseline. In these two years the target for savings (28% per year) was not only achieved but exceeded. In 2016 ENGIE Services achieved savings as high as 32%. In this year the company has achieved the guaranteed savings for the half year already in the fifth month.

Many of ENGIE Services’ savings came from replacing the lighting system in the two largest sports halls. Replacing standard lights with LED lighting cut electricity costs by as much as half.

Malacky won the EFEKTIA 2017 prize for its EPC project

The project to renovate equipment and buildings in Malacky won one of the top prizes in the EFEKTIA 2017 awards, whose first edition was organised this June by the Slovak Association of Energy Service Providers (APES) in cooperation with the Slovak Innovation and Energy Agency (SIEA) and the Slovak Green Building Council (SKGBC). This project is under the auspices of Maroš Šefčovič, Vice-President of the European Commission for Energy Union.